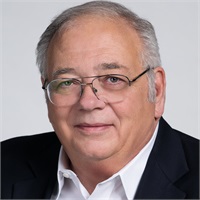 Michael has been in the insurance industry for 28 years. He spent his younger years in the U.S. Navy. After his discharge, he went to work for Honeywell. During his time at Honeywell he had the opportunity to be a loaned executive to Aurora Public Schools and assisted in developing training programs for the disadvantaged and mentally disable students. During that time, they formed a nonprofit company, Colorado Combined Industries.

He began his insurance career in 1992, with a large fraternal insurance company. Initially he was a field agent and later a General Agent. In 2007, after retiring he formed Thoma Financial Services specializing in Medicare solutions and indexed insurance products. In 2016 Mike joined forces with Andrea to form Quality Benefit Solutions, LLC